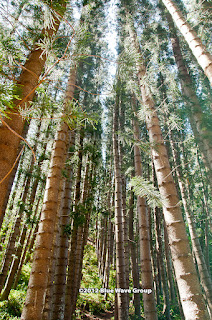 Tall trees along the road in the Pu‘u ‘Ualaka‘a State Wayside Park.
Posted by Blue Wave 707 at 00:23 No comments: 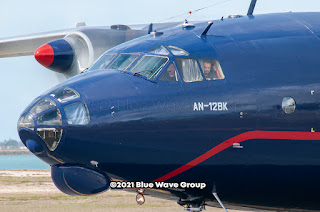 A common feature of civil and military transport aircraft built in the Soviet Union from the 1950s to the 1970s featured a glass nose for the navigator sit in. Pictured above, some of the flight crew peered out the windows while they awaited further taxi instructions.
This Antonov An-12BK of the Ukraine Air Alliance flew Amazon cargo flights between San Bernardino, CA and Ho Chi Minh City, Vietnam. Honolulu was one of the fuel stops, along with Majuro and Guam. Since the Russian invasion of Ukraine, the flights have come to a stop.
Posted by Blue Wave 707 at 00:03 No comments: 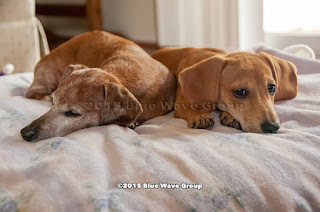 Emi and Yuki relaxing on a dog bed after breakfast.
As I noted in a previous post, Emi passed away this past October. I edited a tribute video that I posted on our YouTube channel.
Posted by Blue Wave 707 at 00:08 No comments: 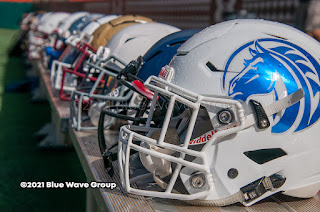 2021 Hula Bowl players helmets lined up on benches while they warm up before practice. The first helmet is from the Fayetteville State Broncos (Fayetteville, NC), an NCAA D-II school in the Central Intercollegiate Athletic Association.
This year's edition of the Hula Bowl is being played on Saturday, January 14th, at the UCF FBC Mortgage Stadium in Orlando, FL, and sponsored by the Tunnel To Towers Foundation.
Posted by Blue Wave 707 at 00:09 No comments: 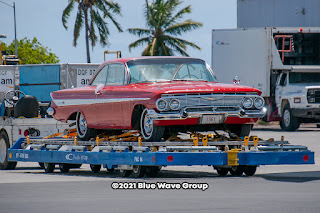 This pristine 1961 Chevrolet Impala tied down on a pallet sheet, is being readied to transport from Honolulu to Los Angeles on a Kalitta Air Boeing 747 freighter.
Wishing you all a Hau‘oli Makahiki Hou and a blessed 2023!
Posted by Blue Wave 707 at 00:00 No comments: 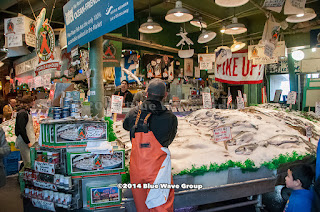 Fishmongers from the Pike's Place Fishmarket in Seattle's Public Market, do their famous salmon toss from the display to back of the counter or vice-verse.

Wishing you all a Mele Kalikimaka! 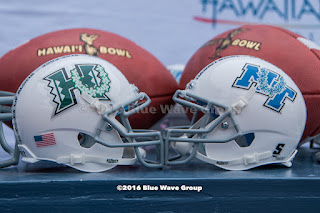 Schutt mini helmets of the Hawai‘i Rainbow Warriors and the Middle Tennessee Blue Raiders on display for the 2016 Hawai‘i Bowl press conference. It was the only Hawai‘i Bowl press conference to be held at Aloha Stadium, instead of Waikīkī. The Hawai‘i Bowl is a Christmas Eve football tradition, now sponsored by Easy Post, and this year's edition has Middle Tennessee back in Honolulu to play the San Diego State Aztecs.
Posted by Blue Wave 707 at 00:10 No comments: