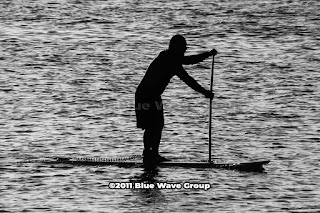 A black and white silhouette shot of a stand-up paddleboarder at Ala Moana Beach. This photo was taken a decade ago while on break from working on the 2011 Lantern Floating Hawai‘i event.
Posted by Blue Wave 707 at 00:00 No comments: 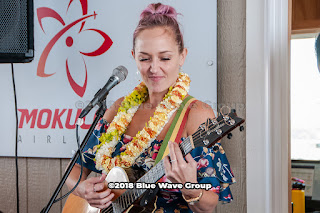 Hawaiian music artist Anuhea, performed at the grand opening of the Mokulele Airlines Terminal (Terminal 3) at the Daniel K Inouye International Airport. She performed several songs for the Mokulele staff and waiting passengers.
Posted by Blue Wave 707 at 00:02 No comments: 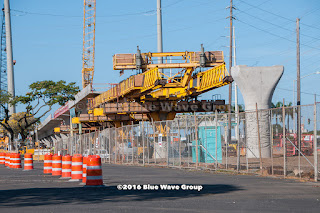 The Honolulu Area Rail Transit is an above-ground mass transit rail system that has been under construction for the past several years that will extend from East Kapolei to the Ala Moana district. The photo above shows the guideway being laid in at the Aloha Stadium Station.
The first operational segment of The Rail will run from East Kapolei to Aloha Stadium, and should begin service later this year.
The Rail is now several years behind schedule, and a few billions of dollars over budget. The first operational segment, from East Kapolei to Aloha Stadium, is scheduled to begin in the fall of this year. They estimate that the full system will not be in operation until 2033.
Posted by Blue Wave 707 at 00:45 No comments: 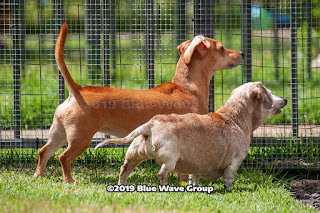 Yuki and Emi look over at the new neighbors and bark.
Posted by Blue Wave 707 at 00:02 No comments: 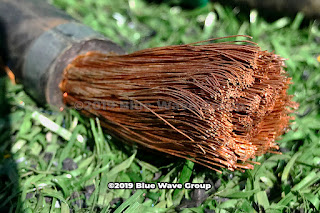 A portion of this power cable was cut, and the end stripped to expose the copper wire strands so a terminator can be attached.
Posted by Blue Wave 707 at 00:34 No comments: