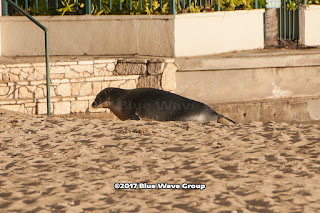 In the summer of 2017, Rocky the Hawaiian Monk Seal gave birth to a pup at Kaimana Beach in Waikīkī, and nursed her pup, given the name Kaimana, on the beach fronting one of the beachside condominiums. An area was cordoned off by NOAA to give Rocky and Kaimana a safe haven. Kaimana is seen on the beach, while Rocky was in the ocean. Hawaiian Monk Seals are an endangered species, and federally protected. After a few months, Rocky and Kaimana were transported to an undisclosed beach.
Posted by Blue Wave 707 at 00:21 No comments: 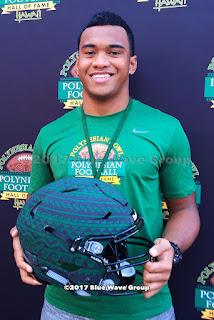 This Thursday, Hawai‘i's Tua Tagovailoa is expected to be a top ten, first round draft pick in the 2020 National Football League Draft. Tua is seen above posing with one of the specially-made Riddell Revolution Speed 360 helmets made for the Polynesian Bowl, at the press conference for the inaugural Polynesian Bowl in 2017.

It was a privilege to watch Tua play his youth football games with the Ewa Beach Sabers of the Jr Prep Sports youth football league that were played at Aloha Stadium, as well as his high school games with the Saint Louis Crusaders. Even from those Ewa Beach Sabers days, our crew could see the football talent he possessed, that took him across the country to the University of Alabama Crimson Tide, and a CFB National Championship.

Tua, may you have a blessed professional career in the NFL! 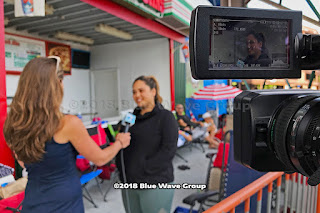 When tickets for the Bruno Mars concerts went on sale in 2018 for his 24k Magic Tour, crowds lined up at Aloha Stadium for a chance to get tickets for one of the three shows he performed. Nikki Shenfield from KHON 2 News interviewed this one Bruno Mars fan as she waited in line.
Posted by Blue Wave 707 at 21:55 No comments: 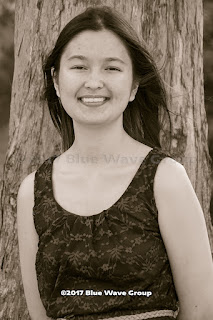 One of Adrian's senior photos with a sepia tone treatment.
Posted by Blue Wave 707 at 00:05 No comments: 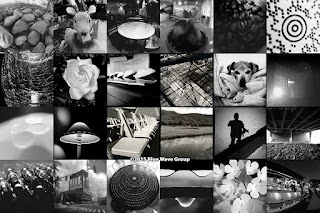