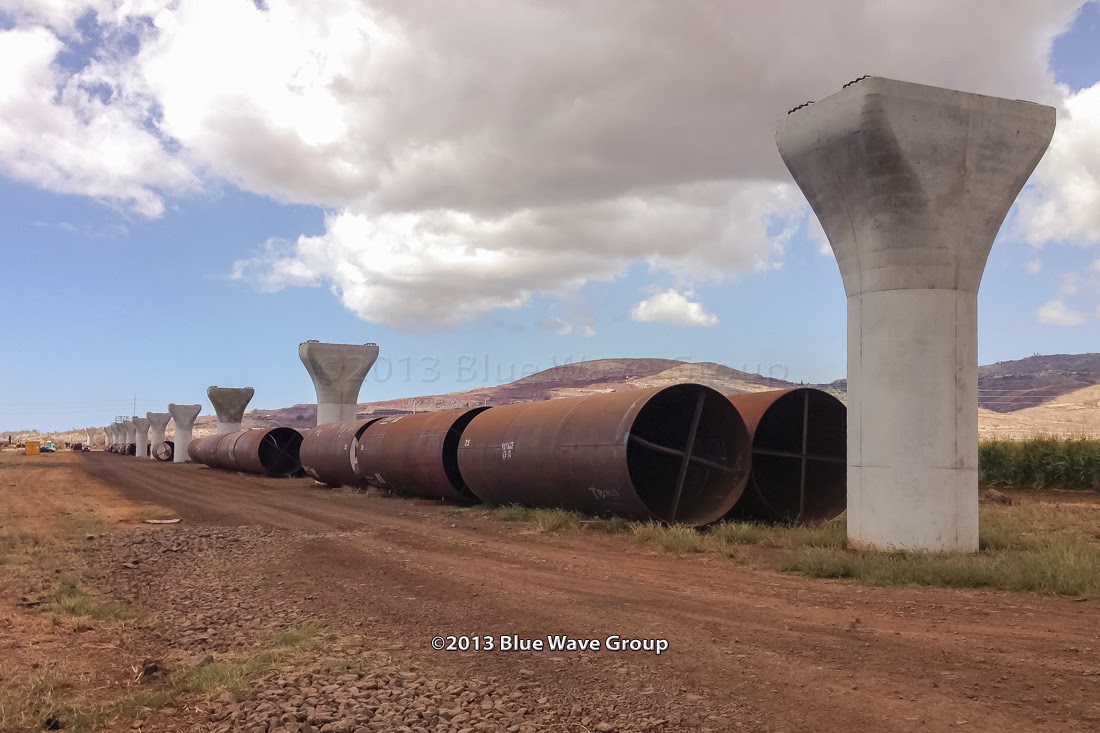 The Honolulu Area Rapid Transit rail system is under construction, and is supposed to connect the cities of Kapolei and Honolulu, to alleviate the traffic on the island of O‘ahu. As housing development has moved to the western part of O‘ahu, the freeway infrastructure did not widen to accommodate the amount of cars that travel between the west side and downtown. After decades of debate, the federal government funded this project, along with the state, which is to be completed in 2018.

The original rail plan that was proposed by then-Mayor Frank Fasi in the 1980s, would have spurred into west, central and east O‘ahu, connecting the major locations. Had this come to fruition, it would have already helped out the traffic on O‘ahu.

This system being built now, will only connect Honolulu and Kapolei. Additional routes are planned, but not confirmed.
Posted by Blue Wave 707 at 00:09